The Sacramento and American Rivers are Sacramento’s biggest asset, yet there is little to no connection between the City and the River. Historically, Sacramento’s riverfront (pre 1850s) was once a freshwater wetland, experiencing tidal influxes. The Gold Rush (1850s) transformed the Sacramento riverfront into a bustling port and boat corridor that served the greater region. The introduction of levees, automobiles and highways, at the end of 19th and 20th century, transformed the once active riverfront into a neglected, narrow strip of land that lacks robust ecology, pedestrian safety and accessible public amenities. In response to these conditions, UC Davis landscape architecture students critically examined Sacramento’s urban framework to re-conceive traditional urban planning models (often reliant on principles of stability and permanence) as a means to increase engagement with the river while addressing ecological resilience. Sacramento is experiencing an urban renaissance and is in a unique position to engage and celebrate the river as a public amenity and economic driver for the region. The following student projects represent a range of design solutions for the Sacramento riverfront and Railyards area that pertain to: flood, drought, water quality, riparian habitat and tourism, in an effort to produce innovative and authentic urban frameworks that support richer urban experiences for the City of Sacramento. 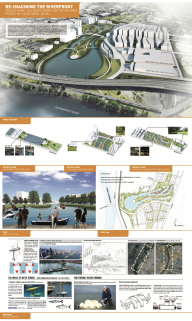 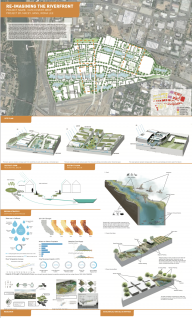 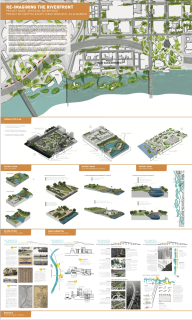 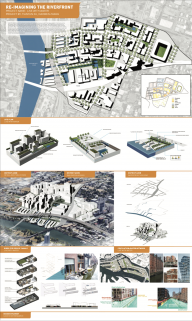