Cities all around the margins of San Francisco Bay, in fact, cities all around the Pacific Rim confront two urgent issues: how to plan for 55” inches or more of sea level rise and how to plan for seismic instability on soft artificial fill. These fill areas make up the bulk of all waterfront development but by the year 2100, large portions will be both flooded and destabilized by liquefaction. How to plan for both of these physical inevitabilities is the subject of this study. But also, how can we approach this as a major opportunity to reform the shoreline of San Francisco Bay as new biodiverse topography that can support growth as well as families over the long term. Before European settlement, the Bay shoreline was wildly diverse and teeming with life. Shoreline development since that time has progressively degraded this margin with ease and produced vast tracts of short-term ideas littered with asphalt and tilt-up concrete. There is an opportunity coming to actually recover the value and health of the shoreline as an immense ecosystem that can actually support growth. We need topographic strategies that will allow both natural and urban systems to not just regrow but thrive into the next century.

In Richmond, we propose to create a new coastline and connector at the historic location edge of the bay, out of flood risk and geo-technically stabilized. This new promenade and parkway give residents access to the entire 35 miles of Bay shoreline in an area that has been out sight and inaccessible for many decades. This is about turning the back door into the front door. Outboard of the new coastline, we propose islands and peninsulas that use contaminated material and debris as the core of newly elevated landforms that can safely sequester shoreline pollutants while producing fertile and productive areas for open space and development above the tidal zone. 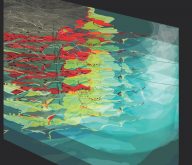 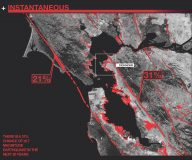 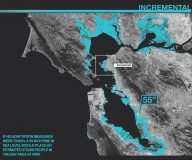 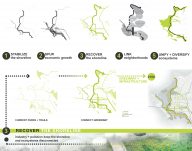